KHOMEIN, IRAN.- An Iranian archaeologist has spent years in an almost single-handed quest across the country’s hills and desert plains to uncover ancient rock art that could be among the oldest in the world.

Dr Mohammed Naserifard scrambles up a hillside, and waits eagerly at the top, his walking stick pointing out the long curled horns of a 4,000-year-old ibex deer scratched into a flat stone. 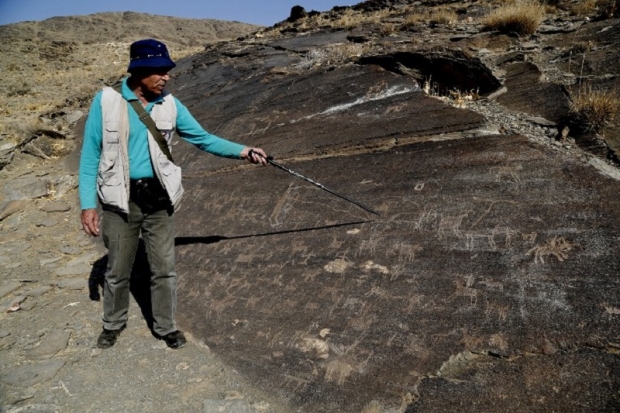 Despite their potential world-historical importance, they have been seen by just a handful of people. All are thousands of years old, but some of the markings — such as a line of cup-marks that may have been used in religious ceremonies — could be much older. 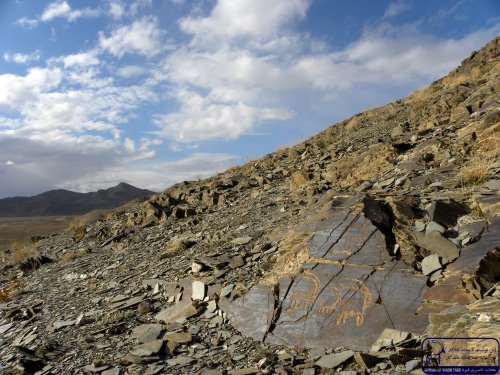 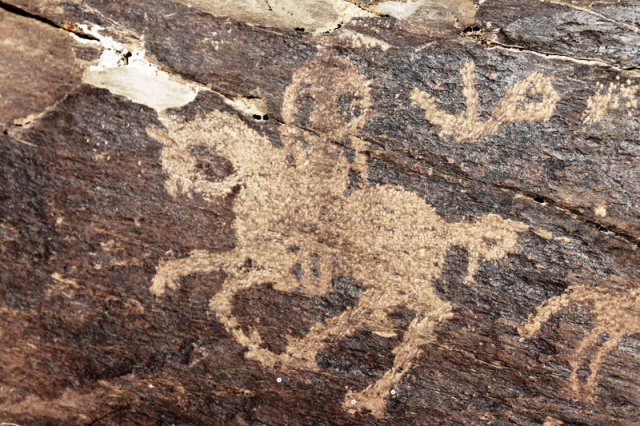 Dutch enthusiasts who visited the area with Naserifard in 2008 dated the cup marks to more than 40,000 years ago, putting them among the oldest rock art on the planet.

But getting definitive data has been all but impossible for Iranian archaeologists. Sanctions have deprived them of the technology. But with the situation improving now, hopefully they can soon bring this technology to Iran and gain more accurate and scientific information on these engravings. The sanctions imposed by world powers prior to last year’s nuclear deal meant Iranian scientists were cut off from their global colleagues, deprived of modern lab equipment and the latest research, and faced severe funding shortages.

Added to that was the fact that rock art has never been a priority in Iran, where pre-Islamic history can be a controversial subject. It has been left instead to Naserifard’s personal determination.

Having read about the subject in a German magazine, he hunted everywhere for examples. Then one day in 2002, in the hills outside Khomein, he got lucky. “We were on a picnic and all my friends were taking an afternoon nap. I went wandering and observing the rocks in the valley and I found a rock full of shapes,” he recalled. “I was so excited! Finding these works was like finding a treasure.”

He estimates he has since travelled more than 700,000 kilometres (450,000 miles) across two dozen Iranian provinces, unearthing some 50,000 ancient paintings and engravings.

Naserifard now teaches at a local university, and his discoveries have been catalogued by the Bradshaw Foundation, a Swiss NGO specialising in rock art. Eerie similarities

“His work is really important — there have been these blank spots on the map that we are finally starting to fill in,” said Genevieve von Petzinger, a Canadian cave art expert and author of “The First Signs: Unlocking the Mysteries of the World’s Oldest Symbols”.

The engravings could even date back to when humans made their first forays out of Africa, she said.

Naserifard’s discoveries support the growing evidence that humans may have started to develop a common art tradition before leaving Africa, which might explain why the same themes and shapes have turned up in sites as far-flung as California, Spain and South Africa.

In case you’re curious, the non-English writing in the headline is the same thing in Farsi and the writing under the first paragraph is says, “To read this post in Farsi go here.“

THIS BLOG IS ALWAYS AD-FREE I make stuff and do things.
View all posts by Stan Flouride →
This entry was posted in Archaeology, Art, Science and tagged Art, Culture, design, environment, Science. Bookmark the permalink.