JERUSALEM (AFP).- A “unique” 3,800-year-old figurine showing a seated person, apparently deep in thought, was unveiled in Israel on Wednesday. Israel Antiquities Authority (IAA) said that the figure, wearing a hat and with its chin resting on its hand, was discovered recently in excavations at Yehud, east of Tel Aviv.

It caps an 18-cm (7″) jug, and was found in a grave alongside other funerary offerings including daggers, arrowheads and an axe head. “Such a unique ceramic vessel, which is the first we’ve found, within the context of the grave, can indicate that an important person was buried there,” Gilad Itach, IAA excavation director, told AFP.

The findings date from the Middle Bronze Age, also known as the Canaanite period, but it is impossible to say who the creators of the objects and the person buried at the site were since they left no writing, Itach added. He said that the subject’s sex was not completely clear but it was probably male.

“The level of precision and attention to detail in creating this almost 4,000 year old sculpture is extremely impressive,” Itach said. “One can see that the face of the figure seems to be resting on its hand as if in a state of reflection.”

Unearthing the discovery: A statue from 3800 years ago atop a pot, found in Yehud 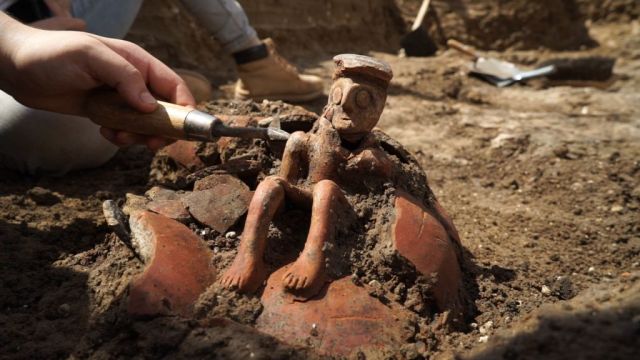 The statue after restoration 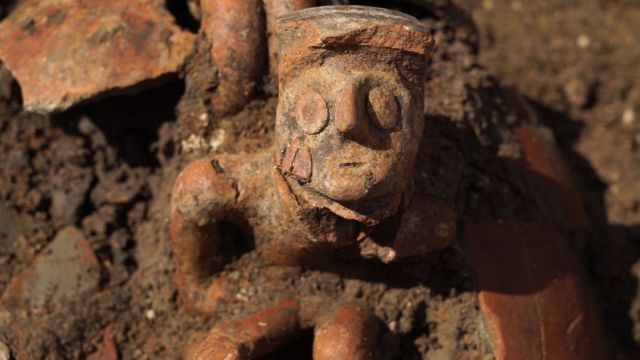 Closeup of the figure’s face 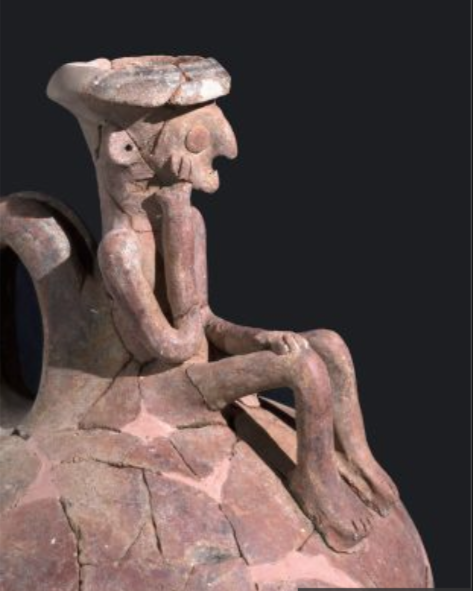 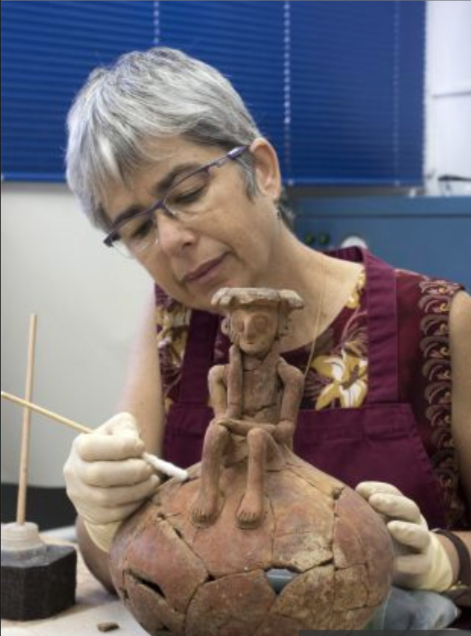 Unique statue on jar from 3800 years ago uncovered in Yehud: Restoring the pottery at the IAA laboratory. Klara Amit, IAA

THIS BLOG IS ALWAYS AD-FREE I make stuff and do things.
View all posts by Stan Flouride →
This entry was posted in Archaeology, Science and tagged Art, Beauty, Culture, design, History, Science. Bookmark the permalink.