The opening months of 2016 have been filled with numerous discoveries that pushed back further into the shadows of the past our understanding of our ancestors and their technology.

In August I posted here about the 50,000 year-old Denisovan needle. 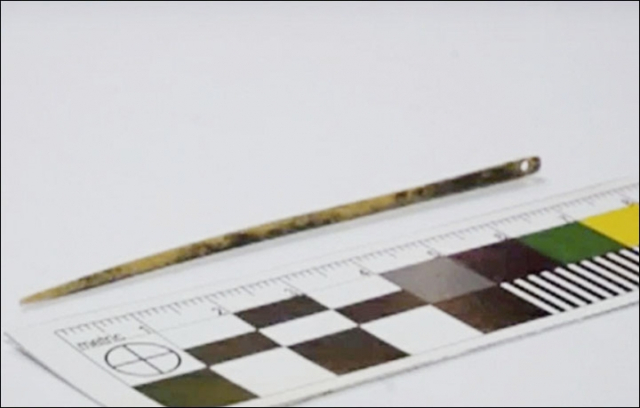 The Denisovans were highly skilled artisans. This jewelry is about 40,000 years old:

In London (where I’m headed tomorrow) they found in May the oldest handwritten documents in British history. 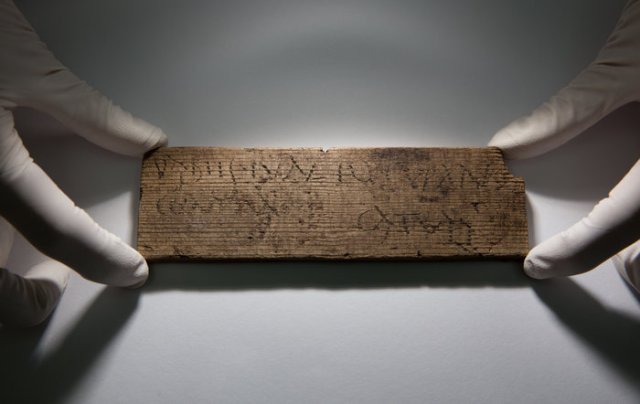 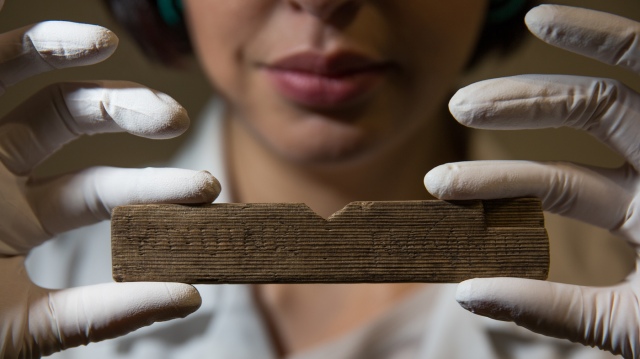 Among the record-making finds:

In February, they announced the discovery of world’s oldest dress in Egypt. The garment, which dates to around 3482 B.C., is known as the “Tarkhan Dress,” and now looks like a tattered and stained shirt. 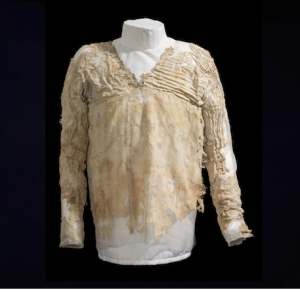 When new, however, the linen dress would have looked fashionable even today, as researchers determined it featured a natural pale grey stripe with knife-pleated sleeves and bodice. Its hem is missing, so the original length of the dress is unknown.

A few days ago they announced the discovery of the oldest known tools found in the Western Hemisphere. 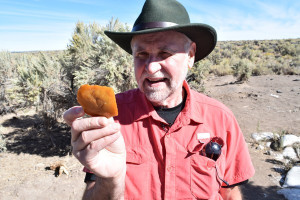 This discovery pushes back the history of the continent’s oldest inhabitants by about 1,800 years.

Also announced this past week was the discovery of the world’s oldest indigo-dyed fabric in Peru.

A George Washington University researcher has identified a 6,200-year-old indigo-blue fabric from Huaca, Peru, making it one of the oldest-known cotton textiles in the world and the oldest known textile decorated with indigo blue. Photo: Lauren Urana

The discovery marks the earliest use of indigo as a dye, a technically challenging color to produce. According to Jeffrey Splitstoser, lead author of a paper on the discovery and assistant research professor of anthropology at the George Washington University, the finding speaks to the sophisticated textile technology ancient Andean people developed 6,200 years ago.

“Some of the world’s most significant technological achievements were developed first in the New World,” said Dr. Splitstoser. “Many people, however, remain mostly unaware of the important technological contributions made by Native Americans, perhaps because so many of these technologies were replaced by European systems during the conquest. However, the fine fibers and sophisticated dyeing, spinning and weaving practices developed by ancient South Americans were quickly co-opted by Europeans.”

Two days before that announcement scientists revealed the discovery of the world’s oldest known snow-shoe.

Scientists in Italy’s Dolomite mountains unveiled what they believe to be the world’s oldest snowshoe.

Carbon-dating has shown that the rudimentary snow shoe, made of birch wood and twine, was made in the late Neolithic age, between 3,800 and 3,700 BC.

“It is the oldest snowshoe in the world so far discovered, dating to around 5,800 years ago,” scientists said in a statement.

On Saturday scientist revealed the oldest known fish hooks which were found in Okinawa.

The early modern humans who lived on tiny Okinawa Island between mainland Japan and Taiwan nearly 30,000 years ago are the world’s oldest known anglers. Now, archaeologists have discovered the oldest known fishhooks in a limestone cave in the island’s interior, dating back nearly 23,000 years. The fishhooks, all carved from shells, were found in Sakitari Cave, which was occupied seasonally by fishermen taking advantage of the downstream migrations of crabs and freshwater snails.

I love stories like these that show our predecessors were much more technologically advanced at a much earlier time than scientists up until recently believed they were capable of.

THIS BLOG IS ALWAYS AD-FREE I make stuff and do things.
View all posts by Stan Flouride →
This entry was posted in History, Science and tagged Creativity, History, Science. Bookmark the permalink.

1 Response to Discovered : The Oldest…