Joined to Uxmal by a 5m wide 18 km long pedestrian causeway with a large portal at each end, Kabah is the second largest city in thethe hilly Puuc region.

Restoration of the site began in just 2003 and is ongoing. So it is possible to see the various stages of the rebuilding process. 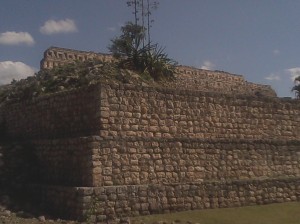 Atop the above ediface you can see one of the first steps, the separation and organization of the various architectural elements: 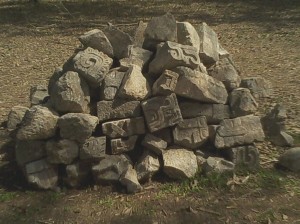 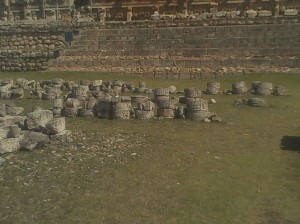 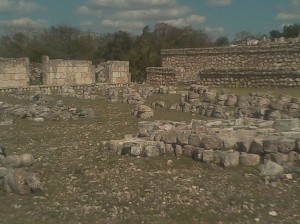 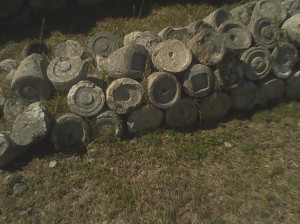 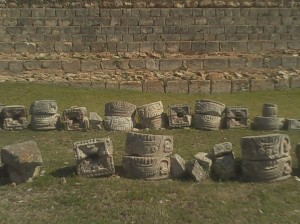 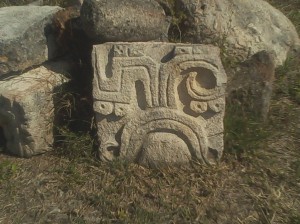 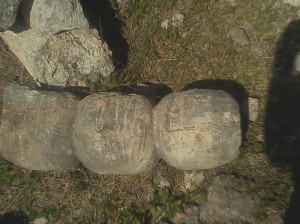 This the ear whorl of a Chaac (the rain god) mask: 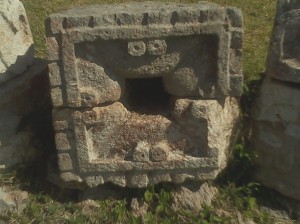 Before that the pieces are roughly sorted in the area around the structure where they were found: 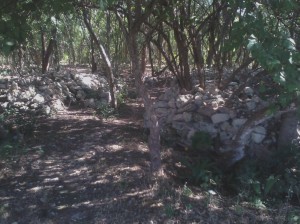 Some of the elements found in situ have legible glyphs on them: 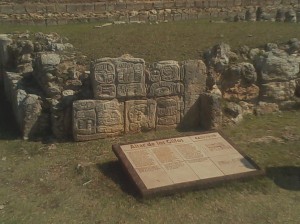 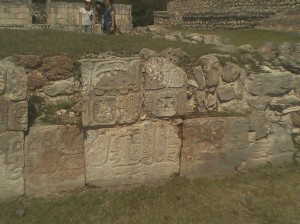 These panels, unfortunately hard to see clearly in photos taken with my phone, show two warriors executing a captive (shown between them at their feet). In roughly sequential order: 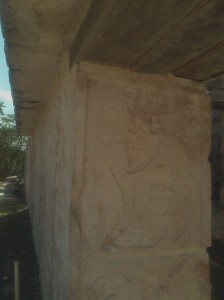 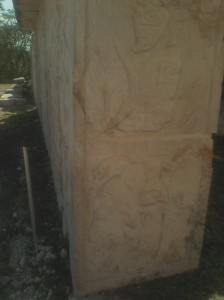 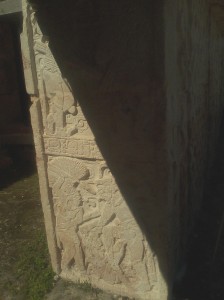 When doing reconstruction the modern standard is to use a visually different element. Often it is a red mortar as seen here: 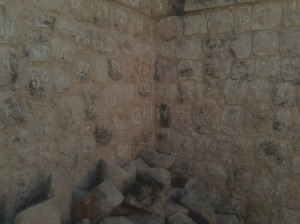 I am definitely coming back in 100 years to see the progress! 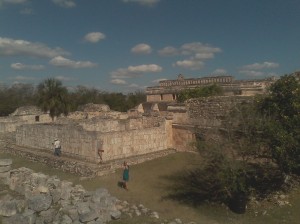 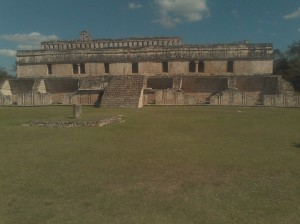