Or anyone else’s on ANY social media site for that matter.

It’s just an ego stroke anyway but seeing the number of people from the far-flung reaches of this rocky orb that seem to be checking out my stuff is fine for me.
There is a reason for this- it is to protect you from predictive social media algorithms that might be used against you in the future.
In fact, you should stop doing it everywhere, especially on FB: 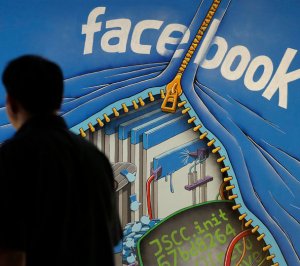 For a paper published in Proceedings of the National Academy of Sciences, Wu Youyou, Michal Kosinski and David Stillwell used a computer model to gauge subjects’ personalities based on Facebook Likes. To measure the model’s accuracy, the researchers compared its verdicts to subjects’ ratings of their own personalities. The result: Fed enough Likes, computers are quite good at judging human personality — better than the average friend or co-worker, and about as good as the average spouse. At least when it comes to a certain conception of personality (the researchers used the five-factor model, which looks at traits like extroversion and neuroticism), a computer program can know you as well as your husband or wife does.

The researchers also tested the computer model’s assessments to see how good they were at predicting 13 “life outcomes” that have been linked to personality, including health, political leanings and satisfaction with life. The model’s ratings were better than those provided by other humans at predicting all but one of these outcomes (life satisfaction). And they were better than people’s self-ratings of their personality at predicting four of the outcomes: Facebook use; number of Facebook friends; use of alcohol, tobacco, and drugs; and field of study.

The first two aren’t necessarily shocking, said Ms. Wu in an interview — you’d expect a Facebook-based algorithm to be able to predict Facebook behavior accurately. More surprising, she explained, is the fact that computers’ personality ratings were so good at predicting how much people drank or used drugs, and what subject they were likely to study. Using the computer model to guess at such outcomes is “basically a measure of how the judgment of personality described this person’s behavior in real life,” she said. “In that sense, computers to some extent know you better than people know themselves.”