British Paramount News No. 251 1933 We Protest: 80,000 descend on Hyde Park to demonstrate against Hitler’s antisemitism

This collection uncovers insights, injustices and hidden histories across a century of Jewish life on British screens. It brings together documentary and first-person accounts of Jewish life in the UK, alongside historical dramas and artists’ work exploring the 20th century Jewish experience.

The earliest surviving depictions of Jewish characters in British cinema offer a troubling insight into antisemitic representation, yet prejudice was later tackled head-on, with newsreels documenting the anti-fascist movement of the 1930s.

Marriage of Miss Rose Carmel and Mr. Solly Gerschcowit, 1925 Follow the happy couple from the family shop on Brick Lane to a garden party serenaded by the San Diego Dance Band

Lynne’s Wedding 1980 Eating, dancing in the front room, playing football in the garden, walking around Whitby, a birthday party, a wedding – just being common people, only with a Jewish twist.

Drop in on joyous family weddings and community gatherings, and see the ways in which UK Jewry supported Jews young and old, and those fleeing persecution, in a selection of fascinating films from the 1900s to the 1980s. 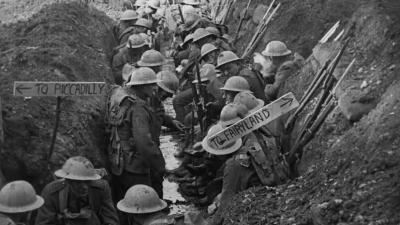 Motherland 1927 In the surviving opening scenes of this WWI-set feature, young soldiers head to the front and face life in the trenches

As a record of the 20th century the collection obviously tackles the trauma of conflict and war, but it also shines a spotlight on resilience and celebrating the strength of community. Here you can also drop in on joyous weddings from the 1920s to the 1980s, Marriage of Miss Rose Carmel and Mr. Solly Gerschcowit (1925), Wedding of Thelma and Danny, 11th August 1946 (North West Film Archive at Manchester Metropolitan University), Lynne’s Wedding (1980) (Yorkshire Film Archive) as well as colourful snapshots of everyday family life at work, rest and play. 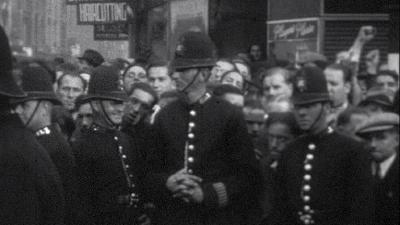 1 Response to Jewish Britain on Film