Chuck Berry, one of the creators of rock ‘n’ roll whose dance-ready rhythms and energetic stage performances helped define modern youth culture, died Saturday. He was 90. Police in the St. Louis area, where Berry was born and lived most of his life, said that first responders found the guitar legend unresponsive when they responded to an emergency call at his home.

Here’s a collection of Mr Berry’s greatest hits that should swallow the next 2 hours of your existence:

Berry became a sensation in the years after World War II as he brought together rhythm and blues, country guitar and a consummate stage showmanship. His 1958 hit “Johnny B. Goode” was so influential and recognizable that the US space program chose it to represent rock music for potential extraterrestrial listeners on the Voyager* spacecraft. “Roll Over Beethoven” from 1956 was almost a manifesto of rock ‘n’ roll as the charismatic Berry urged the DJ to switch off the classical records and turn to the new genre of the youth. Other hits included “Maybellene,” one of the pioneering rock songs that gave a guitar edge to a popular fiddle tune, and “Sweet Little Sixteen,” in which Berry hailed rock ‘n’ roll’s sweep across the United States.

But Berry, one of the first African Americans to find a widespread white audience, saw his career crumble in 1959 when he was arrested for taking a 14-year-old girl across state lines for “immoral purposes” under an obscure 1910 law. Berry defended himself against the allegations he slept with the young waitress. But he was convicted by an all-white jury and served a year and a half in prison.

Associates would later describe the laid-back and fun-loving Berry as a changed man, and the conviction has long been viewed in the African American community as a warning sign for artists on the rise. Berry mostly avoided the media limelight as he resurrected his career. In a rare 1987 interview with NBC television, Berry declined to describe himself as the father of rock ‘n’ roll, listing others including his contemporary Elvis Presley as well as Fats Domino and Little Richard. “We’re all I think just a cog in the wheel. We all got the ball rolling,” he said.

Berry late in his life stayed low-profile in St. Louis where he played two decades worth of shows at the Blueberry Club, with his son Charles Berry Jr. in his backup band.

In a surprise, Berry last year celebrated his 90th birthday by announcing that he had recorded his first album in 38 years. 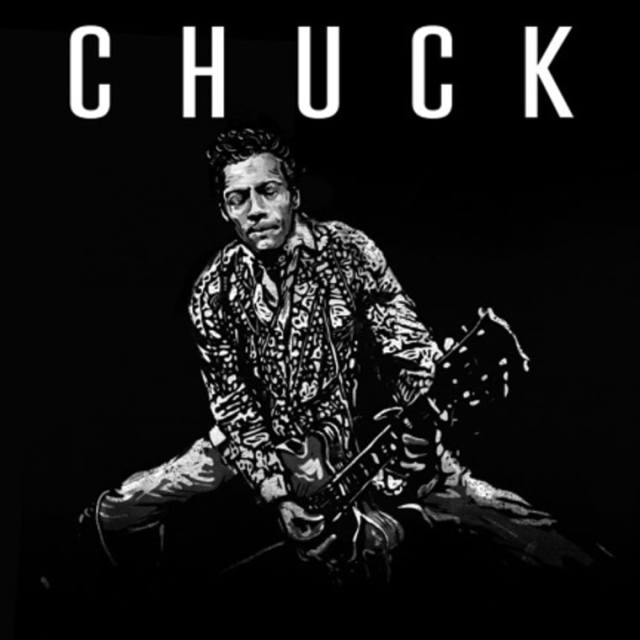 Entitled simply “Chuck,” the album is slated to be released sometime this year. In a statement as he announced the album, Berry dedicated it to his wife of 68 years, Themetta Berry. 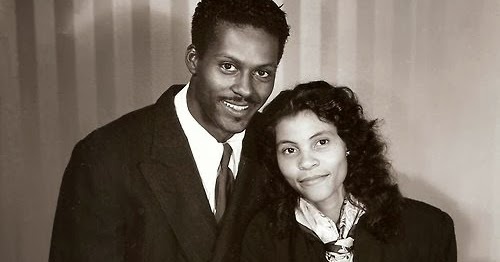 “My darlin’, I’m growing old! I’ve worked on this record for a long time. Now I can hang up my shoes!”

ADDENDUM: I just found this 1980 interview in the St Louis punk zine Jet Lag where Chuck reviews several punk bands of the day:

The Sex Pistols’ “God Save the Queen”:

What’s this guy so angry about anyway? Guitar work and progression is like mine. Good backbeat. Can’t understand most of the vocals. If you’re going to be mad at least let the people know what you’re mad about.

Sounds like the first one. The rhythm and chording work well together. Did this guy have a sore throat when he sang the vocals?

The Ramones’ “Sheena is a Punk Rocker”:

A good little jump number. These guys remind me of myself when I first started, I only knew three chords too.

Finally something you can dance to. Sounds a lot like the sixties with some of my riffs thrown in for good measure. You say this is new? I’ve heard this stuff plenty of times. I can’t understand the big fuss.

The Gladiators’ “Sweet So Still”; Toots & The Maytals’ “Funky Kingston”; Selectors’ “On The Radio”:

This is good, real smooth and soulful. Real good to bump and shuffle to. Sounds a bit like my old buddy Bo Diddley, only slower. I tried something similar on a song called “Havana Moon”.

This is more like it. This guy’s got a real touch for rock and roll, a real gut feeling. Has he ever made it big? Well, if he ever needs a job, I could use him.”

A funky little number, that’s for sure. I like the bass a lot. Good mixture and a real good flow. The singer sounds like he has a bad case of stage fright.

Wire’s “I Am the Fly” and Joy Division’s “Unknown Pleasures”:

So this is the so-called new stuff. It’s nothing I ain’t heard before. It sounds like an old blues jam that BB and Muddy would carry on backstage at the old amphitheatre in Chicago. The instruments may be different but the experiment’s the same.

THIS BLOG IS ALWAYS AD-FREE I make stuff and do things.
View all posts by Stan Flouride →
This entry was posted in Art, Culture, History, Science and tagged Culture, environment, History, Music, News, Science, Video. Bookmark the permalink.