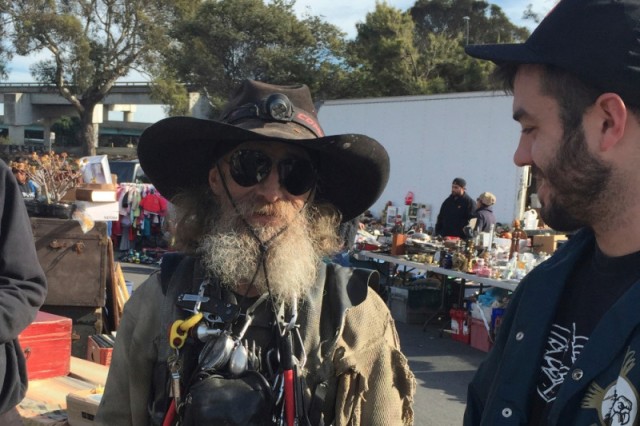 On November 28th, in the middle of the night, someone broke into the work trailer owned by Dago. If you’ve spent any time in San Francisco’s Haight Ashbury district, you’ve probably seen Dago on the corner of Haight and Shrader. You may have even had your photo taken with him!

Rugged, shoeless, covered in dirt, homemade black leather, draped in tools, barefoot, looking like an extra from a Mad Max film. He’s hard to not notice

That night someone broke into Dago’s truck and stole all his tools and possessions – everything he owned and needs to remain self-sufficient.

Dago, who since arriving for the Summer of Love, has lived quietly, peacefully, independently. He has lived a simple, minimal life as an artist, welder, wood worker, motorcycle and auto mechanic, and highly-skilled finish carpenter. 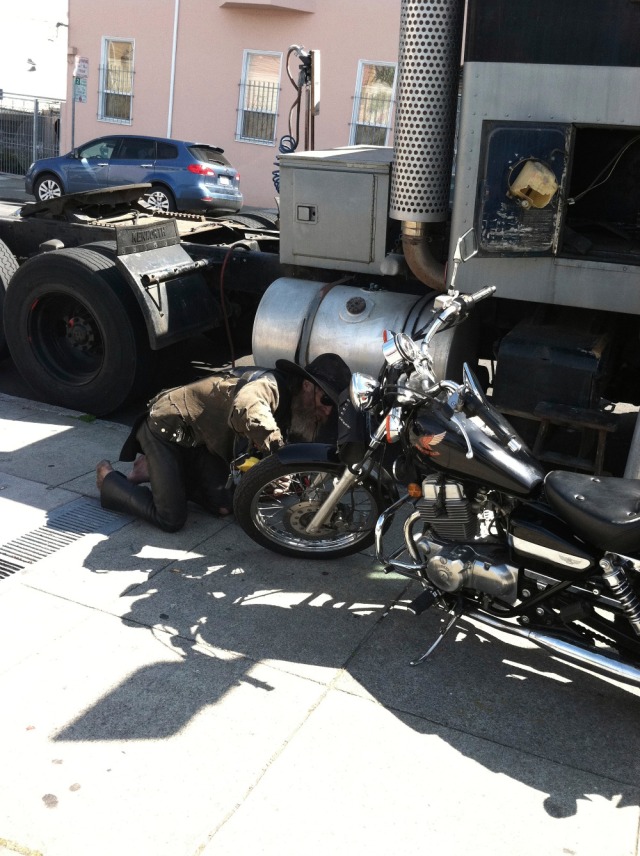 Without his tools Dago cannot survive. Over the past ten years, our city has grown increasingly prosperous, callous, indifferent and inhospitable to Dago and the dwindling few who live their lives “to the beat of a different drummer”.

Dago is not homeless. He doesn’t beg. He is not a drug addict or an alcoholic. He is fiercely proud of his independence. He has never asked for help or support from any agency or branch of the government. And now, some asshole has stolen everything he needs to remain independent.

San Francisco has a long, storied history as a progressive and compassionate city, tolerant of people like Dago – iconoclastic individuals. He’s as much what makes San Francisco what it is as are the techie innovators and entrepreneurs. Dago has never taken anything from anyone… ever. He may have been robbed of his livelihood but not his pride. Dago won’t ask, but on his behalf, we will.

We need your help, and we’ll truly appreciate any effort you, or your friends, relatives, countrymen, and colleagues can lend in restoring a very ‘San Francisco’ original.

(If you see Dago around, please tell him there’s a gift card for him in the register at Roberts Hardware.)

THIS BLOG IS ALWAYS AD-FREE I make stuff and do things.
View all posts by Stan Flouride →
This entry was posted in Haight Ashbury, Hippies, Uncategorized and tagged Haight Ashbury history, San Francisco. Bookmark the permalink.