US Navy to Name Ship After Harvey Milk

The United States Navy will name a ship after gay rights icon Harvey Milk, the first openly gay elected official in California, according to a report by US Naval Institute (USNI) News.

LGBT activists in San Diego and San Francisco had campaigned for the navy to honor Milk and other LGBT individuals who have served in the armed forces despite being officially banned until 2011.

Milk served as a diving officer from 1951 to 1955. He was honorably discharged with the rank of lieutenant junior grade. 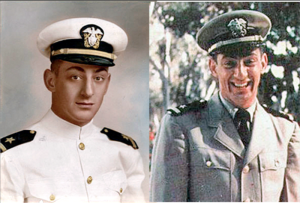 “When Harvey Milk served in the military, he couldn’t tell anyone who he truly was,” said San Francisco supervisor Scott Wiener, who authored a resolution asking the navy to name a ship after Milk in 2012.

“Now our country is telling the men and women who serve, and the entire world, that we honor and support people for who they are.”

Milk moved to San Francisco in 1972, where he lived in the Castro district, owned a camera shop, and advocated for the rights of LGBT people in the growing gay neighborhood.

In 1977, he won his election to the San Francisco board of supervisors, becoming the first openly gay elected official in California.

One year later, Milk was murdered in San Francisco City Hall by a former cop who also killed the mayor, George Moscone.

“Hope is never silent and will be represented in a world port soon via the USNS Harvey Milk,” read a post on the Facebook page of the Harvey Milk Foundation, reacting to the announcement.

The push to have Milk honored with a naval ship sparked controversy in San Francisco’s LGBT community in 2012, with some critics citing his opposition to the Vietnam war to argue that he would be better memorialized in other ways.

“When I saw the news, what went through my mind is a line from a Leonard Cohen song: ‘I finally broke into the prison, I took my place in the chain’,” said Cleve Jones, an LGBT and labor rights activist who was mentored by Milk.

Milk was part of a movement that was “strongly rooted in anti-militarism”, Jones said, so the honor comes with “a bit of irony”.

“I came of age when straight men pretended to be gay to get out of the army,” he said.

Still, he joked, “I think if Harvey were alive he would be making jokes about providing oil for sailors.”

I still own my original Harvey Milk for Supervisor button:

THIS BLOG IS ALWAYS AD-FREE I make stuff and do things.
View all posts by Stan Flouride →
This entry was posted in Uncategorized and tagged San Francisco. Bookmark the permalink.