Jews have been a recognized part of Jamaican cultural life since 1655, when Britain took power from Spain and welcomed Jewish immigration, though some date their presence here to Columbus’s second voyage to the Americas. Many were successful gold traders and sugar merchants.

Some, like Moses Cohen Henriques, (a crony of Captain Henry Morgan who once plundered the modern day equivalent of almost $1 billion from a Spanish galleon), were marauding buccaneers.

Two years ago, Anna Ruth Henriques, a descendent of Moses Cohen Henriques and the daughter of Ainsley Henriques, the paterfamilias of Jewmaican life, launched Jamaica Jewish Tours. The company sells custom itineraries that visit key spots in the island’s Semitic history, like the formerly Jewish-owned Appleton rum distillery and the Serge Island, Good Hope, and Hampden sugar plantations, and graveyards like the Jewish cemetery at Rowes Corner, a family sepulcher tucked among tangled Tarzan vines on the island’s southeastern coast. 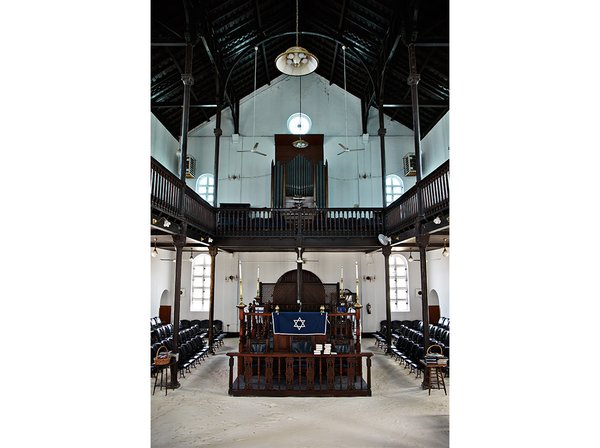 Though today’s Jamaican Jewish population is fewer than 200, there are at least 21 Jewish burial grounds across the island.

For some, “heritage” in Jamaica might be synonymous with Rastafarianism. In fact, Rastafarianism is inextricably intertwined with Judaism: the religion’s messiah, the Ethiopian emperor Haile Selassie, claimed descendance from King Solomon and it shares symbols like the Lion of Judah and kosher laws.

Great Huts, an eco-resort near Port Antonio, on the country’s northwestern shore, is built on this twinned heritage. Run by Paul Rhodes, a Jewish doctor from Brooklyn, it combines Judaic and Afrocentric qualities in its design and amenities (such as a kosher kitchen) and offers educational tours on topics like the Jewish role in Rastafarianism, Jewish pirates, and the Jewish diaspora in the Caribbean.

Bene Israel is a historical community of Jews in India. Its origins aren’t well understood — its oral history vague and speculative — but new genetic research confirms the group’s Jewish roots.

“Almost nothing is known about the Bene Israel community before the 18th century, when Cochin Jews and later Christian missionaries first came into contact with it,” researcher Yedael Waldman, of Tel Aviv University, said in a news release.

A number of theories for the community’s origins have been offered. Several trace the group’s foundation to 14 Jewish survivors of a shipwreck. One telling has the group landing on India’s Konkan shore some 2,000 years ago. Another suggests the ship wrecked around 175 B.C. Some believe the earliest Bene Israel settlers arrived in the area as early as the 8th century B.C. or arrived when the Persians were trading with India

Waldman and a team of researchers from Israel and the United States used new genomic analytical tools to locate significant genetic markers among the DNA of 18 Bene Israel individuals.