As the story would have it, Peruvian producers who relied on the pseudo-grain struggled to eat it due to rising quinoa prices that pushed its cost higher than that of chicken and other staples. 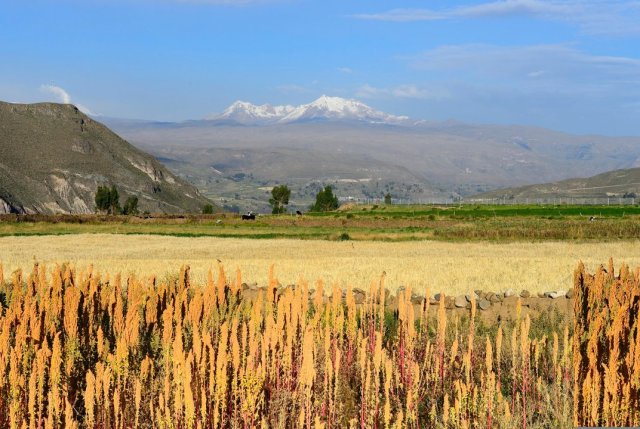 But that wasn’t borne out by the numbers. Using a database of Peruvian household information that includes crop and consumption information, the economists were able to look at the relationship between rising quinoa prices and what Peruvian families ate and grew. They compared three groups: people who don’t grow or eat it, people who eat it but don’t grow it, and people who do both.

They found that as the purchase price of quinoa rose, so did household welfare in all three groups. The welfare of those who produced and consumed quinoa rose more quickly than the other two groups, but even families who didn’t produce quinoa saw an effect.

That suggests that rising prices are good for Peruvians across the board.

A quinoa plantation in Llica, in the vicinity of the Uyuni salt flat, southern Bolivia on March 10, 2013. The Bolivian government promotes the “quinoa road”, a 1500 km (940 miles) network of roads linking the departments of La Paz, Oruro and Potosi, where 48,500 tons of the cereal are planted each year. The goal is to reach one million tons of quinoa, worth one billion dollars, per year in the next ten years, officials said. Bolivia produces 70% of the world’s quinoa. FAO recognizes the crop is an strategic food to erradicate hunger iand declared 2013 as “International Year of the Quinoa”. AFP PHOTO/Aizar Raldes (Photo credit should read AIZAR RALDES/AFP/Getty Images)