This Could Be the World’s Largest Passport

U.S. citizens used to have the option to add new visa pages to their passport, but as of January 1 new passports can contain only 28 or 52 pages. The restriction, which the Department of State says “was made to enhance the security of the passport and to abide by international passport standards,” is thought to be motivated by concerns about visa fraud. 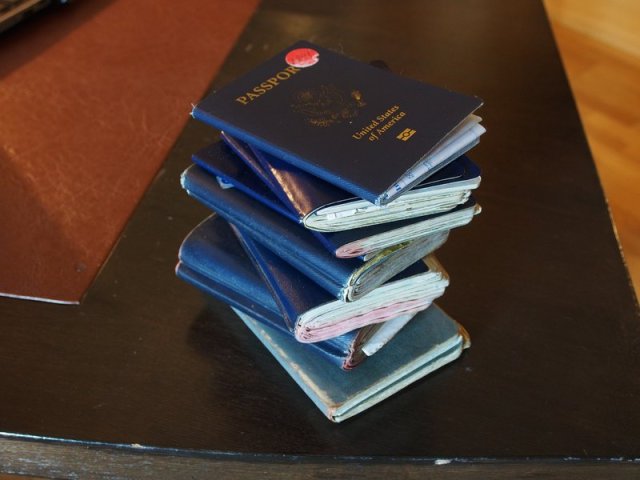 But for Eric Oborski, the man who may own the world’s largest passport, January 1 wasn’t a day of mourning. His passport—which for now contains “only” 192 pages, nearly 100 more than the other contender for world’s largest—has now passed into the realm of hallowed relic.

Source: This Could Be the World’s Largest Passport | Travel | Smithsonian