Homophobes Freak Out Over Rainbow Doritos, Brilliant Troll Strikes Back 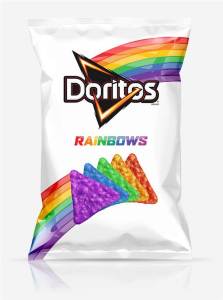 Mike Melgaard, wizard behind this year’s earlier Target Trolling has taken on a new task.

(Back in August when Target announced that it was no longer dividing toys into gendered sections, Melgaard posed as a customer service representative to respond to outraged homophobic and transphobic commenters.)

Doritos announced yesterday that they will be rolling out rainbow-colored chips in support of the It Gets Better Project and to encourage donations to the project.