Okay, not a real dragon. It likely didn’t breathe fire. But a new member of the short list of flying vertebrates that includes just birds, bats, and pterosaurs.
A failed evolutionary experiment in animal flight, the pigeon-sized Yi Qi “Strange Wing,” (pronounced Yee Chi) was feathered but also had membraneous wings between its fingers: 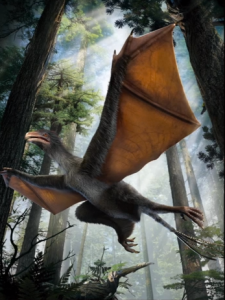 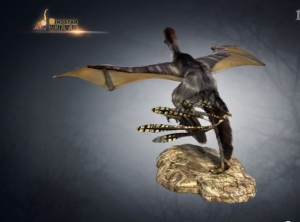 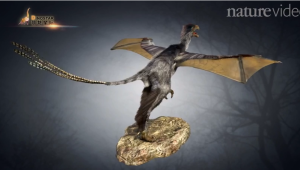